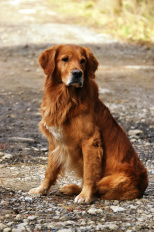 Standing at stud to approved bitches


Fergus is a joy to own.  He is full of life and is happiest when being loved.  Whilst still very much a 'work in progress' he won the first competition he entered Kennet Valley Gundog Training Society Special Puppy working test.

During the 2010/11 season he started competing in Novice Stakes, picking up two awards, a 2nd and a 3rd.  He continued his success the following season with two COM and Guns' Choice in All Aged Stakes and a 1st in a Novice AV Stake. Fergus has continued to do well in the field gaining awards in both Open and All Aged stakes.

Fergus has produced 158 puppies out of 18 bitches and is now retired from stud duties.